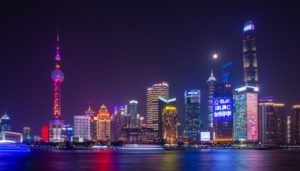 No jokes in my newsletter today.  It’s getting serious.

Chinese businesses, and Australian ‘compradors’* are getting worried about their ‘social license to operate’ (SLO) in Australia.

A SLO is the public’s acceptance of the operating practices of a business.   It’s not a regulatory requirement (although ASX was thinking about inserting it as a rule for its listed companies) but an ethical one.

Its beating heart is based on legitimacy, trust and credibility.  But with geopolitical chills, a heart attack is on its way…with the Australian public increasingly questioning China’s ‘operating practices’ in the world.

It doesn’t help when Chinese criminal elements create more headlines with their fake monks and fake beggars in Sydney and Melbourne streets trying to scam money from passers-by….making it more personal for the general public.

Then add the US-China cold war where each side is trying to weaken the other’s SLO.  Fake news, fake think tanks, fake KOLs on both sides as they fight the propaganda war.  (in other sectors such as the health/food industry, the world is full of examples of ‘compromised’ think tanks and KOLSs secretly funded by vested interests) It was a US Senator HW Johnson in 1918 who said “the first casualty when war comes, is the truth”.

Ultimately, those Chinese businesses and Australian compradors who are able to obtain strong SLOs, will reap the benefits from more sales, deal-flow and investment. This will become more evident when there is less competition as Chinese firms with weak SLOs retreat.  As Warren Buffet once said…”Only when the tide goes out do you discover who has been swimming naked”….or in Australia’s case, swimming with ‘budgie smugglers’.

*P.S the Chinese compradors of the 1800s were go-betweens facilitating trade between Westerners and local Chinese, mostly in Southern China/ Hong Kong.  These compradors could speak both languages, many became fabulously rich (the Ho family of Macau casino fame were originally compradors).  However local Chinese often resented these compradors for ‘selling our country out’…especially as Western SLOs were weak in China those days.

Importantly, those Australians who issue strong SLO endorsements to their Chinese business partners will also reap the benefits ….as they will be seen as true friends by the Chinese partner, rather than fair-weather friends.

So how does one make a judgement call on China’s SLO…. from the barrage of information, news and opinions out there?

I will provide more details at an event I am planning on Chinese SLOs.  (tentative 8 November, Friday  9am to 12.30pm, Sydney)

Likewise, I will explore what Chinese businesses need to do to get higher SLOs in Australia.

In a nutshell, overcoming an

will be key issues, besides of course addressing the principles above.

For both Chinese and Australians benefiting from the Aus-China space, there is one short term solution however.  It comes from Ms Ma Nuo, a 20 yr. old TV dating-show contestant in China.

She said, “I would rather cry in a BMW than smile on a bicycle”.

That is, just get rich (while you can), even if it could eventually end in tears.   Like the universities in Australia today making a lot of money from Chinese overseas students as the newspapers reported this week.  These universities were in a bicycle three decades ago, then a Series 3 BMW one decade ago and are now in a Series 7 as more overseas students enrol.   The unis aren’t crying just yet….and it sure beats having a bicycle!

Finally, I promised in my previous newsletter that I would write about specific opportunities for Australian businesses.

Better than writing about it, I am organizing several events in the months ahead.  Please diarize (all in Sydney)