Must read, must see, must hear. RBA on property & lending risks

To assist the property industry, we’ve used several tables in the 62-page RBA report to present our 3-page analysis. Details at www.basispoint.com.au

More investors in Australia now than the previous late 90s/early 2000s property boom (on the East Coast).  11% of population now vs 9% in the previous boom 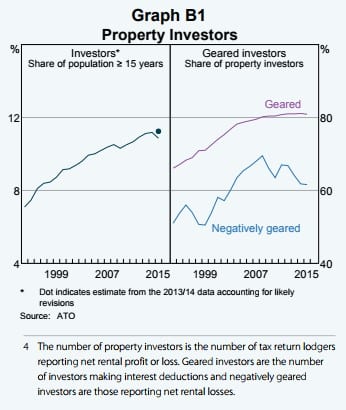 Just over 2 million people had one or more investment properties.  Around 70 per cent of investors own just one property.  20 per cent own two properties and 10 per cent (ie 200,000 investors) own three or more. 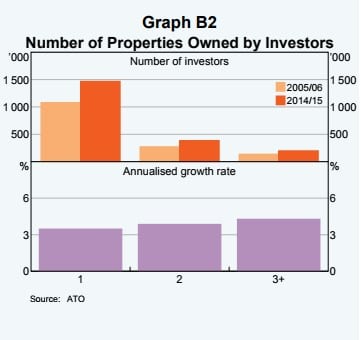 So who are these investors? 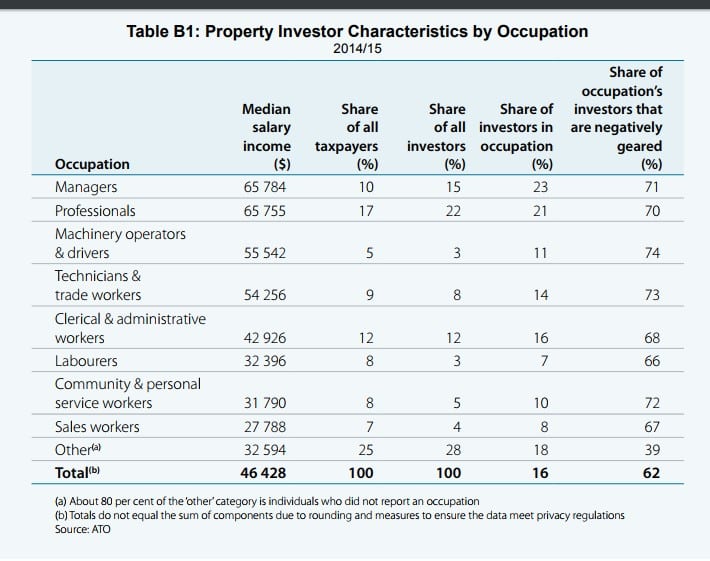 Brisbane supply of apartments to peak this financial year at around 14% of 2016 apartment stock in that city.

Melbourne and Perth saw its peak supply last year (at around 10% of existing stock) but still-high supply is coming this financial year and next.

Sydney, (despite all the high-visibility projects) is only adding around 6% of new supply (relative to stock levels) this financial year. 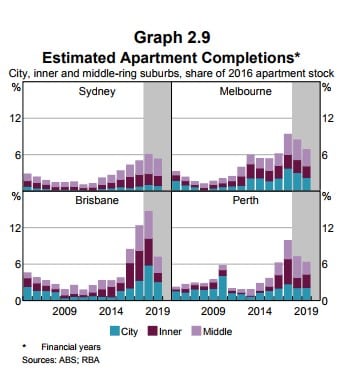 Investors have record high levels of debt relative to income –they face about double the pressure compared to the late 90s/early 2000s boom. 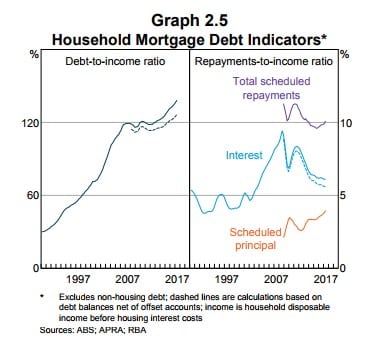 But given the recent tightened lending to investors by banks, we don’t expect these ratios to grow….although…

(which suggests NBL business can grow a lot more) 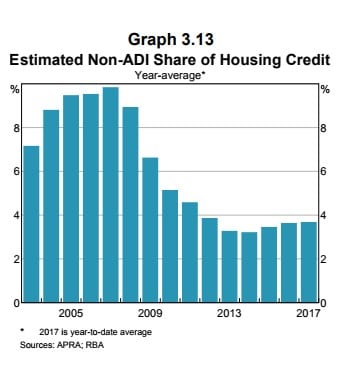 When China’s property and lending markets sneezes, Australia will catch a cold. 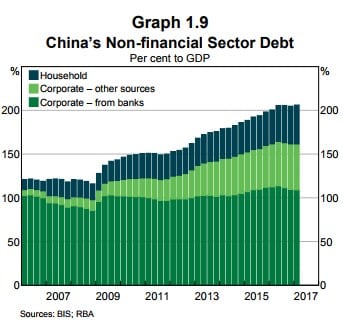 RBA notes that ‘Risks remain elevated in China given high corporate debt levels and the prevalence of borrowing through opaque, less regulated channels.  This has led to considerable credit, liquidity and contagion risks in the Chinese financial system.

Recent regulatory measures have the potential to curb these risks over the longer term, but the authorities face a challenging transition away from growth strategies associated with rising debt.

Details of the RBA report is at https://www.rba.gov.au/publications/fsr/2017/oct/pdf/financial-stability-review-2017-10.pdf