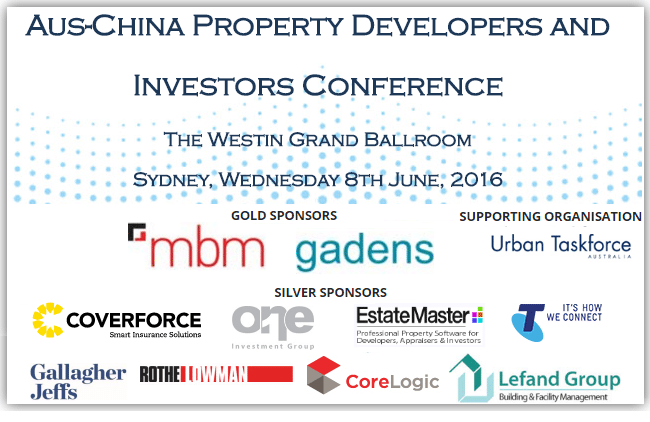 We posit the following and welcome your feedback.

The Chinese psyche has been formed more in the past 170 years than in the nation’s previous 4,000 years of civilisation.

There is a litany of national humiliation, conflict and turmoil suffered from the 1840s to the 1970s. (see below in blue)

It’s only since the late 1970s that China has seen stability and the opening up of its economy and society…i.e. modern China is less than 35 years old.

Opium Wars, the Unequal Treaties, beginning of the Century of Humiliation

The first Opium War (1839–42) was fought between China and Britain and marked the beginning of the demise of the Qing dynasty when it failed to halt the importation of opium by UK (Scottish) merchants. This was the commencement of so called Century of Humiliation and the period of ‘Unequal treaties’ when foreign empires (predominantly Great Britain, France, Germany, Russia, US, & Japan) extracted territorial and sovereignty rights and received indemnity payments from a weak China.  Foreign armies were stationed on Chinese soil.The second Opium War (1856–60), ended with the sacking of the Old Summer Palace in Beijing by British and French forces.  The Sino-French War (1883-85) and first Sino-Japanese War (1894-1895) saw more Chinese territory ceded and war reparations made.

Civil War began when a Chinese Christian sect rose against the Qing dynasty. The initial rebellion army consisted of mostly the Hakka people. It is estimated 20 -30 million were killed or died of famine (American Civil War during the same period saw an estimated 1 million killed).

Peasant uprising initiated by one of China’s many ‘secret societies’ against foreign imperial forces and Christian missionaries. Boxers were ultimately defeated by the ‘8 nation alliance’ of Western and Japanese armies who then occupied Peking (Beijing). Atrocities committed by both sides including massacre of Chinese Christians by the Boxers and pillaging of the capital city by alliance troops.

Chinese warlords divided the country into fiefdoms following the downfall of the Qing dynasty and the rise of the Republic of China.  A military campaign by Chinese Nationalists (KMT) 1925 -1928 resulted in the end of the Warlord era, although minor warlords continued till the 1940s.  A civil war between the Chinese Nationalists and Chinese Communists was followed by the Japanese invasion of 1937. It was a horrific period of war, pillage, atrocities & famine, with millions of military and civilian causalities.

The Great Leap Forward was a failed campaign to reorganize China’s rural communes, which ultimately led to widespread famine. (More than 15 million deaths) The Cultural Revolution was a campaign to renew revolutionary fervour but led to political purges, persecutions, distrust of one another, and social & cultural upheaval on a massive scale.

This history of upheaval suggests that China is:

As a result the Chinese government will:

China used its export industry, domestic urbanisation, infrastructure developments and industrialisation in the 1980s-2000s to give its economy the critical mass to move to the next phase.

China has noted that Western countries also ‘sacrificed’ their environment to achieve this critical mass (recall British society portrayed by Charles Dickens on the mid 1850s, on pollution, child labour, etc. This was at the same time that Great Britain was building its empire in the Far East).

This new economic phase in China involves the expansion of its consumption, technology and services economy.

It has noted the failure of Japan’s ‘Zaibatsu’ or giant conglomerates, to provide a sustainable economic path during the 1990s.

For mass entrepreneurship to succeed, the ‘rule of law’ is required to build a ‘level playing field’ where small business owners feel they will have a fair chance of succeeding.

So the crackdown on corruption in China will continue until this ‘rule of law’ is well established.

China’s risk is that it has to ‘rule by law’, (excessive red tape) because its people do not observe the rule of law.  This is based on the premise that the ‘rule of law’ functions most effectively when the ‘Golden rule’ is observed.  The Golden rule is to “Do to others as you would like them to do to you.’

This ‘Golden rule’ is weak in China given its history of suffering.  It is manifested in the saying ‘you die, not my problem.’  (In 1840s-1970s, when your entire neighbourhood is dying due to poverty, famine and war, ….it is hard to care for ‘your neighbour’ as you would want them to care for you….since neither has any resources)

FOMO is strong in society.  The ‘fear of missing out’ (Kaisu in the Hokkien dialect), is the fear of losing out on an opportunity, to always try to get ahead before others.  It is reflected in the momentum trading style of retail Chinese investors and is derived from China’s recent history of deprivation.

Pragmatism At its heart, the Chinese are pragmatic…because of their determination to be economically successful.   This is reflected in frequent reminding of the Japanese atrocities committed in the 1930s and 40s in China…and yet two Japanese cities are ranked in the top ten places visited by Chinese tourists on short term holidays.

The ugly American and the ugly Chinese  This is not unique to China.  It is human nature that when an individual becomes wealthy relatively quickly, his/her expectations of services rendered increases, arrogance & sensitivity to a ‘loss of face’ rises, and insensitivity to others’ customs arise, particularly when outside of one’s own country. Recall the riots by Chinese passengers at airport terminals when a plane is delayed. Recall the extravagance displayed by some of the newly rich.

Quanxi  To survive during the 1800s and 1900s of turmoil, a non-existent ‘rule of law’, and the ‘you-die-not-my-problem’ psyche, family and close connections became critical to survival. They were the only ones you could trust. This continues today.

Corruption and values  All of the above allows corruption to take root.  Once it does, it grows, because it becomes harder not be corrupted.

Corruption also takes stronger roots in a society without any values or virtues for them to aspire to.  In most societies throughout history, the local religion provided a public ‘line in the sand’ value system.

In China’s atheist society, the government now is tolerating religion (as long as it’s not politically organised).  It has also reinstated Confucian teaching at schools and has issued ‘core socialist values’ being;

All education institutions are required to teach these values (i.e. ethics classes Chinese style). The government’s challenge is to ensure that ‘what is taught eventually becomes what is done in society’

With President Xi Jinping installed for a 10 year term, (technically 5 years x 2 following an internal ‘re-election’) knowing his psyche is crucial in forecasting China’s direction. We will explore this in future newsletters.

We acknowledge the limitations of our newsletter (space and time) to delve deeper into the topics and the risks of making sweeping generalisations…as well as the risks to seeing an ‘exception to the rule’ as ‘normal’.

We would appreciate your feedback in refining our insights.

We will happily publish them (keep the comments brief) if we feel they add value.  Please advise if you want your comments published as ‘anonymous’ or with your name, title, company etc.   Email your comments to david.chin@basispoint.com.au